Custody battles are stressful; between keeping the child’s (or children’s) best interest in mind and satisfying both custodial parties, things can become messy rather quickly. Therefore, it is helpful to know what federal and state laws say about custodial matters. Read on to find out more about custodial matters in the state of West Virginia: 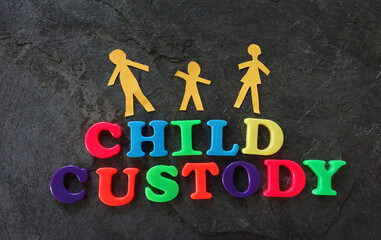 In the state of West Virginia both federal and state laws are taken into account when it comes to custodial disputes. In fact, West Virginia adopted the federal Uniform Child Custody Jurisdiction and Enforcement Act in 1981. Basically, the Uniform Enforcement Act states that courts all across the U.S must enforce and carry-out court rulings in custodial cases across state lines. For example, if a case is settled in a Connecticut or New Jersey court, the case settlement would still be upheld in West Virginia and be recognized as legally sound and binding, despite not being initially ruled in a West Virginia Court. Esentially, this act ensures uniformity across state lines for custodial matters.

However, in the state of West Virginia, child custody hearings may depend on many factors. For one, the child’s own opinion may be taken into account. If a child is old enough, they may testify on their own behalf. Also, the parents or custodians may come up with an agreement on their own that can be reviewed by the court. It is possible that these agreements can become legally binding if they fulfill the court’s legal requirements. Furthermore, grandparents’ visitation rights are taken into account in WV laws.

Each custody hearing varies, and no two are the same. Fortunately, you are not alone in this fight if you seek professional, legal help. If you or someone you know has questions about custody laws in the state of West Virginia, contact one of our legal professionals at Taylor and Hinkle.